I attended the OMMA Global conference last week in San Francisco which featured a number of engaging speakers and panels talking about all things social media (so I guess everyone didn't go to SXSW in Austin after all).

Here are some of my impressions coming out of two days of a wide variety of presentations:

What an amazing time to be a marketer! Talk about a fast changing environment....I say it's "learn or burn" if you're in this profession. 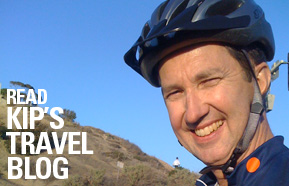 Kip Knight
kipknight
Here are some leadership principles to help lead your team through the on-going COVID-19 crisis https://t.co/XBnn79vjc7
1 month 4 weeks ago

Kip Knight
kipknight
Outstanding CMO Bootcamp at The Ranch on June 17-19. Thanks to everyone who made it such a success! https://t.co/nEXdQfSCrw
10 months 3 weeks ago