How I Got Over 3.3 Million Views From One YouTube Video (And What I Learned)

Sometimes things don't go like you planned....and sometimes that's a pleasant surprise. About four years ago, I was still working at eBay. I had about 30 people on my team in marketing and every quarter we would schedule some type of team building event.

We had a lot of great team events, including the usual team building activities a lot of companies engage in (i.e. bowling, offsites) as well as what you'd expect a California company to do as well (i.e. wine tour, Segway tour) but frankly we'd run out of activities that we could get very excited about.

That is, until one of our team members came up with a suggestions to go to a place that had just opened called "Sky High Sports". It was a gigantic warehouse filled with trampolines where you could just jump around or (even better) play dodgeball on the trampolines.

Since dodgeball was one of my favorite sports as a kid (I was so skinny I was often the last one out) and trampolines always had a special allure, you didn't have to ask twice. The team went out and had a great time. I like to take pictures of team outings and this time I had a crappy little video camera with me so I took a couple of brief videos along with the pics. I meant to post the videos but it slipped my mind.

Six months later I finally remembered to load them on YouTube. What to call them? I didn't spend a lot of time thinking about and just typed up "Trampoline Dodgeball" for one of them and "Defying the Laws of Gravity" for the other. And then I forgot about them for about a year.

Here's the "Trampoline Dodgeball" video....that laughter in the background is yours truly:

Then one day when I was checking on a YouTube video, I thought I'd look to see how my videos were doing.  "Defying Gravity" was hardly seen by anyone but "Trampoline Dodgeball" was starting to get some traction: 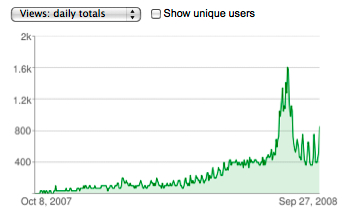 800 daily views a day...not bad!  But I noticed it had peaked in the summer so I figured that would be the end of the views so I forgot about it for another year.  Then I checked back in to see how "Trampoline Dodgeball" was doing: 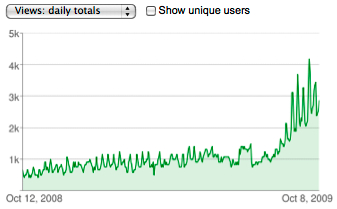 Wow....4,000 views a day and climbing!  Something must have happened in the fall of 2009 (which I later discovered that "Trampoline Dodgeball" was starting to get rotated in with other featured YouTube videos...but I still don't know what triggered the orginal uptick).

About this same time I got an email from YouTube asking if I'd be interested in having ads appear on my video.  Sure, why not!  So shortly thereafter, I started getting checks from Google...not much at first, but by the end of Year 2 they were about $100 per month.

Now I was starting to pay a lot more attention to this one video.  I was getting a lot of comments (like "where in the hell is the volleyball in this video?" which I'm embarrassed to say since this was our warmup we didn't have any).  I thought about changing the title but decided not to...let's see how far this experiment can go. Since I run a consulting business and would love to get just a fraction of this kind of traffic on my website, I thought about ways to link the traffic but again decided to let this go on without messing with a good thing.

By the end of Year 3, "Trampoline Dodgeball" was averaging about 5,000- 8,000 views per day.  I kept waiting for it to die but it would not....just like the Energizer Bunny, it kept going and going and going.  And the checks were now up to $200 per month. 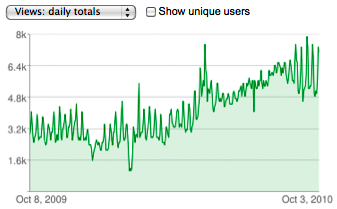 "Trampoline Dodgeball" is now in its 4th year on YouTube and is still in the 6-9k views per day range.  It's had over 3.3 million views in total (which compares to about 25k views for its sister video, "Defying the Laws of Gravity").

Some other fun aspects of this whole unplanned experiment:

So it looks like young males for some reason like this video.  And how did they discover it? 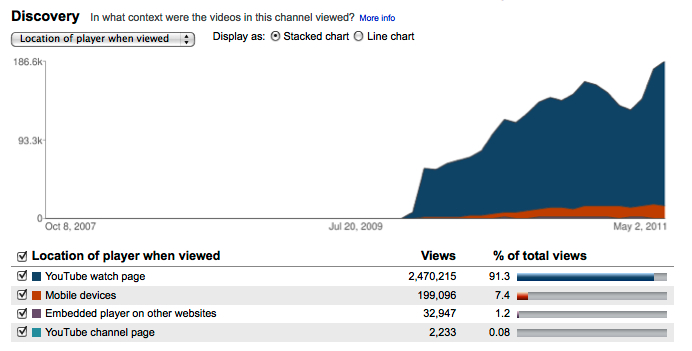 The importance of getting on the YouTube watch page becomes pretty obvious when looking at this data compared to mobile devices and other websites.  And it would seemso to be self-reinforcing....if you get a lot of views on YouTube, you get a lot of suggested views (i.e. Up Next) and you get even more viewers.  The rich get richer, the poor get poorer, and the most popular YouTube videos become even more popular.

"Trampoline Dodgeball" has also gone global.  Here's a breakout of the views by top markets (% of total views): 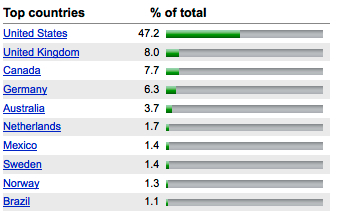 But there's another way of looking at the data...how many views left comments or gave it a rating per 100 viewers?  That's a totally different list of countries: 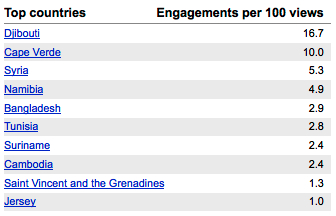 So what have I learned from all of this?  There are three key take-aways in terms of YouTube and viral marketing:

So that's my YouTube story.  I highly doubt I'll ever have another video that even gets to a million views but that's perfectly fine by me.  It's been an interesting experiment, I've made a bit of money along the way and it makes for a great case study.  Here's a recap of the daily views over the past 4 years (which I still find amazing every time I look at it....over 2 million of this views happened in the last 12 months):

What's been your learnings to date on what works (and doesn't) on YouTube?  I'd love to get your thoughts and comments

Kip Knight
kipknight
Insightful article on the challenges of being a CMO today (and what to do about it).
3 weeks ago

Kip Knight
kipknight
For anyone looking to grow your business despite the pandemic, check out "7 Unexpected Ways to Improve Marketing Du… https://t.co/9H2LwFEE4a
8 months 2 weeks ago
View all